The stylization of the transition from the undergrowth to the frontier community is predominantly based on contrasts with the perennial soil structure (Geranium x cantabrigiense, Carex morrowii, Waldsteinia geoides, Stachys sylvatica and Luzula sylvatica) with the sporadically occurring effect of flowering of these perennials. On the contrary, the gradual passage of the bedrock into the more open spaces, the dominant position of the contrasting structures of the settlement alternates with the pronounced flowering of the perennial drift (Iris sibirica, Veronicastrum virginicum) and at the same time accelerates the height plasticity of the flower bed. In both segments the composition with the minimum number of species prevails. 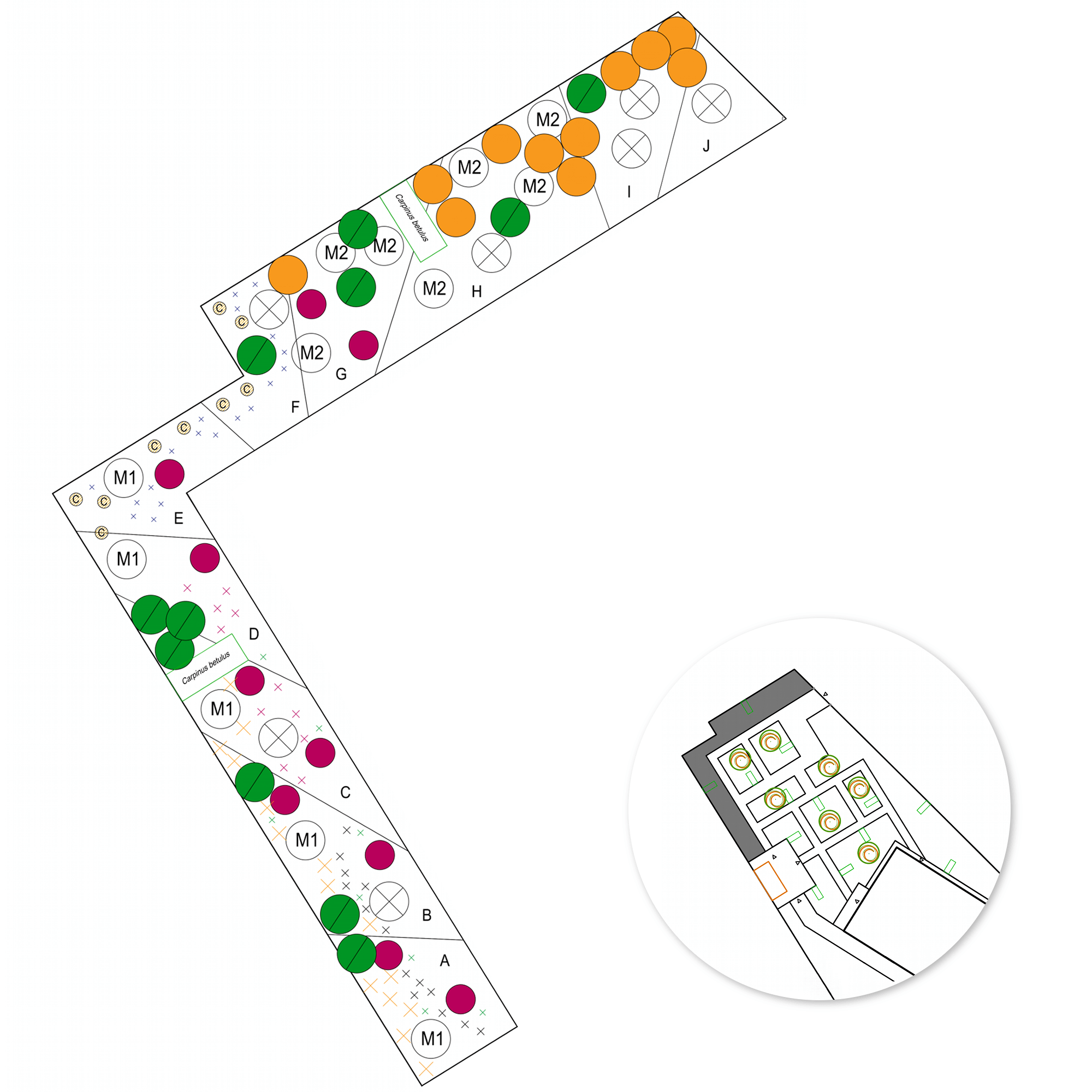 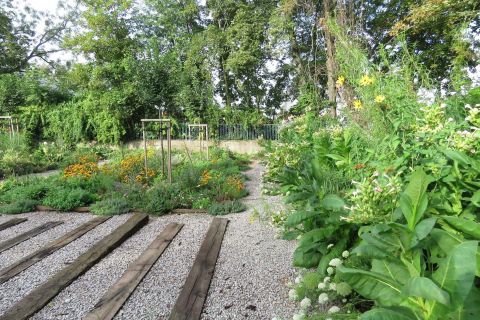 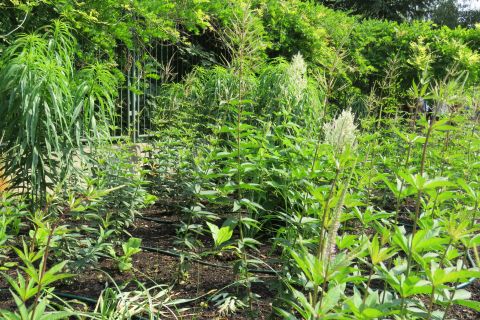 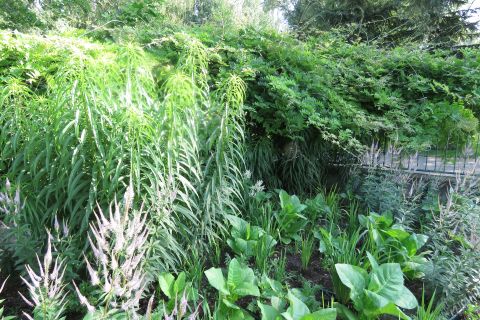 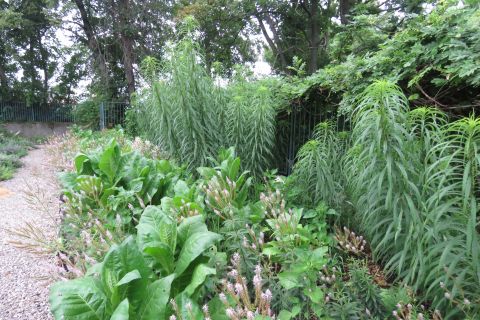 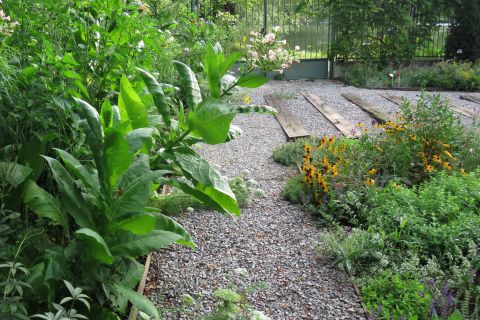 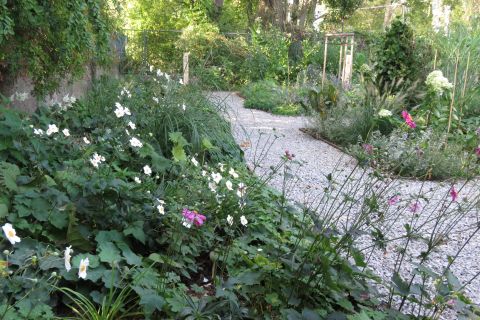 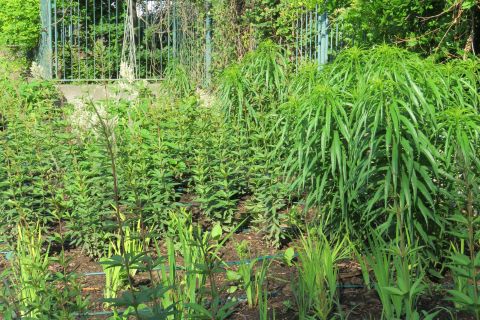 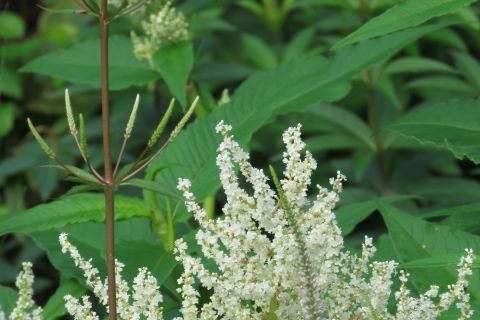 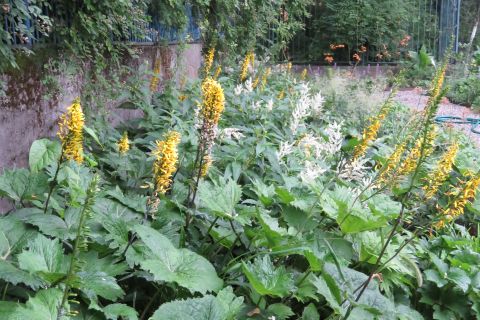 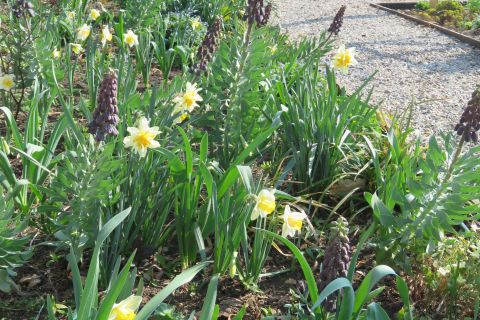